Hate in the Name of God

Posted on February 4, 2011 by WonderGoon

When I see things like this or this, I can’t help but wonder what gives people the idea they know what God wants?

The Pastor the woman in the first link is dealing with has told her that because her son dressed as Daphne from Scooby Do for Halloween, that they are “promoting gayness” and are in violation of God’s Law.

Of course, the people who run Westboro should be well-known to every American, especially every American Christian as they are a clear and present danger to the American way of life.

And, just a technical question, here, how do we know that God hates anything, let alone anyone? Do we suddenly know the mind of God without fail? Are we Gods now, too?

This phenomenon of “knowing” God’s mind isn’t limited to clergy (real or imagined), it also infests the minds of our state level legislators, as in this case from Utah: Utah Bill to Ban Gay Families? (Here is the text of the bill introduced by Rep. LaVar Christensen.)

“marriage and family predate all governments and are supported by and consistent with the Laws of Nature and God, the Creator and Supreme Judge of the World, affirmed in the nation’s founding Declaration of Independence.” 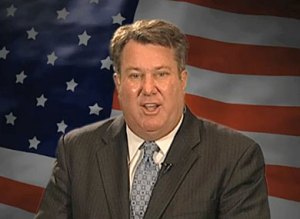 Okay, let’s talk about this for a minute. Here you are introducing a bill to exclude whole segments of the population from getting state assistance if they need it, because they are gay, right? And your justification for this is because ‘God is the creator and supreme judge’ not only of the world, but, presumably of us, too, right?

If that’s the case, why are you judging others and trying to do God’s job? YOU, Representative Christensen ARE NOT God, therefore it’s not your place to decide who gets state benefits or assistance because they are Gay! You, Sir, are overstepping your authority.

A Question, Then
A simple question, then: Why do people hate in the name of God? I am very much looking forward to some in-depth responses.

11 Responses to Hate in the Name of God